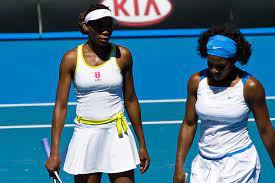 ‘Survivorship bias is the logical error of concentrating on the people or things that made it past some selection process and overlooking those that did not, typically because of their lack of visibility.’

We hear the stories quoted all of the time, ‘it worked really well for Tiger and look at the approach that Richard had with Venus and Serena and the subsequent success that they have had.’

‘Did you know that Marcus Rashford joined Manchester United when he was 7 and has been right through the academy system?’ 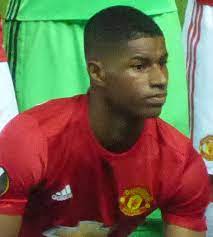 Cultures around the world naturally want to hear the stories of those that succeeded in an endeavour, perhaps those winning against the odds or people who inspired us and made us believe we were capable of anything.

In sport this can often be more pronounced and dramatised than other walks of life.

How many adults involved in youth sport try to set their children up to follow a similar path to those they have seen in the media or stories that they have heard?

This is understandable, one simple explanation is media coverage of “success”, its everywhere, more so than the U16 that got released from Melchester Rovers last week, not exactly front-page news!

The reality is that everyone has a different journey to achieve sporting success and we are yet to find the winning system that we can apply to everyone and we never will.

There are so many uncontrollable factors, every individual is unique, and the sporting world is evolving all the time.

The stats around those that finally end up being professional footballers, Olympians or professional athletes tell us that.

Surely then by copying successful athletes in my child’s sport it gives my child a better chance and it may lead to the same success that they have had?

Unfortunately, this is not the case and why I wanted to introduce you to something called ‘Survivorship Bias.’

In sport this is a common logical error that distorts our understanding of the sporting world. It happens when we assume that success tells the whole story, and we don’t adequately consider past failures.

The sports world is full of the success stories but what are often not reported are the many failures that are happening around us all the time. As a result of this we can often get a distorted view of reality and what is really happening.

Here is an early example of ‘Survivorship Bias’ from the military world.

The image above is an example of damage of returning aircraft and shows locations where planes could sustain damage and still return home.

The obvious thought process on this data would be to reinforce the parts of the plane that have been hit as they are the parts most susceptible to damage.

However, this is survivorship bias in action as what is being ignored is the data from the planes that were fatally damaged and did not survive as surely it is those planes that would give us the information about the areas of the planes that need to be reinforced.

Losing sight of the overall statistics and ignoring the objective chances of success is a common mistake particularly when we see the glorified images of sport across our media channels.

It is easy to become “fortune tellers” and start to write the future before it has happened. 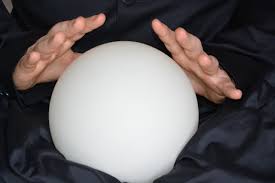 We want our children to have role models and aspire to be someone they admire, after all, if you can see it you can be it.

And of course, we want children to be able to dream, role models are a key part of society.

We will often encourage parents to use role models to discuss certain narratives with their children around their sporting journey’s.

Many young people will use role models as key sources of motivation and rightly so.

However, as parents we need to help our children pick the right role models for the right reasons and helping our children to keep a sense of perspective, whilst still allowing them to dream and reach for the stars is equally as important.

It is true that survivorship bias can be a key source of motivation.

However, there are a number of things we need to be wary of:

Neglecting reasons for failure: We are very good at focussing on the very best performers and their stories; however, we can neglect to consider the many people who tried to achieve similar goals but failed. People tend to analyse reasons for success in the survivors, and disregard reasons for failure in those who didn’t make it.

Often in sporting circles we can focus on the skills and behaviours of top performers without recognising the day-to-day work and behaviours that has been built up over time to get them to that level.

Acknowledge the processes they went through rather than the badge they wear.

We can also be guilty as sports parents of looking at young people as mini adults, yet we know that youth sport and development is a different animal to the adult formats and working with children requires a very different approach to development.

Sacrificing family events, missing out on wider pieces of childhood, not engaging in other sports and activities may be just some of the things that parents sacrifice along the way in the hope that their children make it to the top.

Not knowing when to give up: The motivation to pursue a goal at all costs can turn out to be dangerous if people fail to recognise when it’s time to give up.

There may come a point where it is time to perhaps back off or even give up a chosen sport or activity.

This conversation must always be on the table and as parents we must make sure that we tell our children that this option is available, no matter how difficult that may be for us.

We always recommend to parents that they have this conversation with their children but also advise that children can be very fickle and can often say things that they don’t mean and then even change their mind more than once. I think it is important that children are told they need to see through a particular training block or commitment that they are involved in and then a discussion can take place once this is finished to plan the next stages. It’s a two way conversation always.

As sports parents we are faced with so many conundrums and so many challenging situations.

We must do all that we can to inform ourselves about the sporting world and the journey and environments that our children are involved in and ensure we do not focus on the one surviving example, leading us to use that as a ‘copy and paste’ model for our own children.

Their journey and environments will always be changing and evolving depending on the age and level that our children are competing at so keeping up as a parent can be a challenge, but there is support for parents and it is great to see the support now been given to parents by a number of major sporting organisations to help them with certain aspects of the journey.

Try to remember to support your children by giving them some form of autonomy, understand their motivations, help them set short and long-term goals and keep talking to them.

Survivorship bias is all around us. Let’s not ignore it or refuse to see it. Use it to remind ourselves as parents of having varied role models for our children beyond the media ‘winners.’ In sport we all have a responsibility to look after those that fall out of sport as well as the survivors. None are more or less valuable as people. We need to rethink and redesign the systems and our approach as parents so we can properly define what it means to be a success.

Self-Compassion – helping our children understand the importance of it

Do you have any coping strategies in...

Towards an understanding of Parent Spectator Behaviour...

Character building v Winning – What is...

The ‘Unknown Damage?’ caused from the sideline