RELEASED – ‘Managing the aftermath as a parent’

written by Gordon MacLelland 16th May 2021 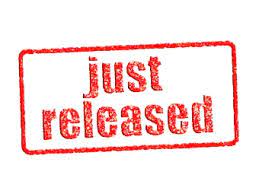 I guess it was inevitable that at some point on the football academy journey that my son would be released. The odds of making it as a professional footballer are incredibly slim and I knew this as we embarked upon the experience.

It still did not prepare me for that moment or indeed the shock at the words, ‘the club are going to release him.’

For once I was lost for words as a myriad of feelings swarmed over me. I was in shock; it was not expected and despite living and breathing this work I struggled to comprehend what had just happened and how we were going to break the news to our 11-year-old son.  This despite having the benefit of helping support parents go through the same process across a number of different sports over the last few years.

The initial feeling as a sporting parent is one of hurt, often we feel that we have to go on the offensive either criticising the process, the people selecting the team or those involved with the coaching.  Hopefully, most of us keep these feelings to ourselves however difficult that may be, but if we are not careful, we can often forget the most important person in this experience and that is our children.

We certainly felt this way and no advice can help prepare you for the moment you have to break the news to your child and watch them physically and emotionally crumple in front of you.  We simply had to do it and be led with conversation by our son’s responses to it whilst not having all the answers that he wanted but promising him that we would do our best to find out.

I do have to say the resilience of young people never ceases to amaze me and whilst both me and my wife have struggled to come to terms with the news, within 24 hours he was already thinking ahead to his cricket matches this week, looking forward to welcoming a new puppy to home and ‘taking the mick’ out of his dad whilst playing golf with him.

It has reiterated much of what we talk about that the child’s view of the sporting experience can be very distorted to how we think it should look and feel for them.

If we are proactive as sports parents and create a positive environment at home, we can try to be balanced in our view and try to prepare our children for all possible outcomes. 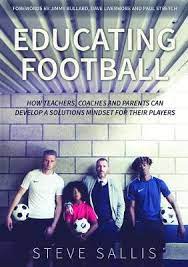 Having spoken to Steve Sallis(author of Educating Football)  this week on the ‘Parents in Sport Podcast’ (episode due to be released next month) about the good, the bad and the ugly of football academies, we wondered if  ‘RELEASED’  should not be a dirty word and something that we should not be surprised to encounter at some point on the journey and be more prepared for as parents.  This should not land solely as the responsibility of parents but also with clubs perhaps also being more honest and realistic with parents from the very beginning of the journey.

Of course, we never hope that being released will ever happen but the chances of it are so high that perhaps we were naive in not being more prepared, although I think subconsciously with our approach we may well be giving ourselves less credit than we deserve.

One thing that we certainly must be emphasising on a regular basis is that only through hard work and a great attitude to training can our children be expected to even be considered for selection. We have been huge advocates of this, yet there are still no guarantees.

We are by no means saying that you should be negative or too pessimistic, but we must strike a balance between this and unrealistic optimism.

It shows how difficult it can be as a parent as if you go too far one way you run the risk of discouraging them, if you are pessimistic or if you are at the other end of the scale the disappointment after all the expectation can be even harder to take.  This seems like common sense, but it is amazing how many parents find themselves at either end of this scale.

If your child is not selected, you need to understand how they will be feeling.  They are bound to take it personally; it is an attack on their self-esteem and none of us like to feel rejected.  It can be made even harder by the fact that your child will probably have to watch some of their friends go off and participate and will feel that they are missing out from a social perspective as well. 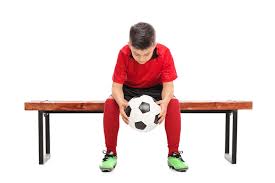 So as a sporting parent what can we do to manage this?  Here are a few useful pointers:

Don’t Overreact – as mentioned earlier, as emotions run high it is very easy to make poor decisions that we may regret later.  Allow some time to cool off, reflect before acting.  One thing is for certain make sure you praise your child and tell them how proud you are of them for giving it a go. I could not have been prouder of him that two days later he captained his district and put the football kit back on and turned in a solid performance. My pride in my children has never been on what they achieve but on their character traits, how they are as humans and their ability to react and respond appropriately to all the different challenges that young people face growing up.

Offer huge emotional support – let your child talk.  Let them express their feelings, let them express anger and frustration at how it all went.  Even if you disagree with what they may say, listen to it from their perspective, this will be useful to you moving forward.  Certainly, do not squash your child at this stage, it is really important as parents that we do not play it all down and tell them for example ‘that it’s only a game’ or ‘there is always next time’.  Let them talk, sometimes silence or even telling them that you feel their pain with them can act as a huge support. Our son did not have a lot to say initially but as the week has worn on, he has shared more and more. Keeping him busy, doing activities that allow you to participate and talk at the same time have certainly been on huge benefit and it has helped us to plan and prepare for the next few months.

Encourage and don’t create an excuse for them – be positive and encourage your child. Try not to make excuses for your child.  Instead talk to them about the selection process, ask them questions that allow them to reflect on what they think.  Who are the best players?  Who do you think you are better than and what might you do next time?

Speak to the coach – if you are totally disillusioned with the decision then after at least 48 hours consider speaking with your child’s coach.  It would be even better if you could get your child to go and ask for some feedback on what they need to improve on but this can be very hard for younger players.  This chat needs to be non-confrontational and should only be used as an avenue to plan a route forward. I definitely think this is of huge benefit as it allows everyone to move on.

Plan ahead – can you plan the next stage? What can you do to help support your child?  Do they want to continue to fight for their place in a team?  Do they want to continue playing academy football or go back to grassroots?  Really listen to their response.  If so, how can you best support them using the information that they your child and their coach has given you?

Stay connected – speak to people that you trust for impartial advice. I have been incredibly grateful for the support I have received from football academy staff from organisations we work with, former coaches, schoolteachers and other contacts within the sports industry who I have great relationships with. On reflection, staying in contact with former grassroots coaches and the clubs our children were involved in before the academy experience can help with integrating them back into these environments if this is the chosen path.

Play lots of sports- one thing that missed selection highlights is the need to make sure that your child is involved in a myriad of different sporting activity.  If you only play one sport and this selection process is the be all and end all either at the weekend or as part of a representative process, then it can be all the more difficult for your child to take or even be motivated to continue.  If they are involved in lots of sports and different teams, any type of failure like this can be kept in a far greater context.

One final thing to be aware of is that many early selection processes around the world are heavily in favour of the more physically and emotionally developed athlete.  Many of these athletes being born in the early part of the sporting calendar year.

In making long term decisions and trying to keep things in perspective, recognise that this may be a phase your child will need to go through.  It does not mean that further down the line they will not be selected ahead of some of their peers, so keep encouraging and keep motivating them!

Who knows what will happen next? No one has a crystal ball…..

Parents in Sport Podcast – ‘A conversation with Tim Wigmore’

Your children will be watching you……. I...

Playing with friends or winning – which...

Sporting Parents – How many of these...

How to help prevent children from quitting...

Whose game is it anyway?

Co-host of the ‘Parents in Sport Virtual...