‘The Best’ – How elite athletes are made 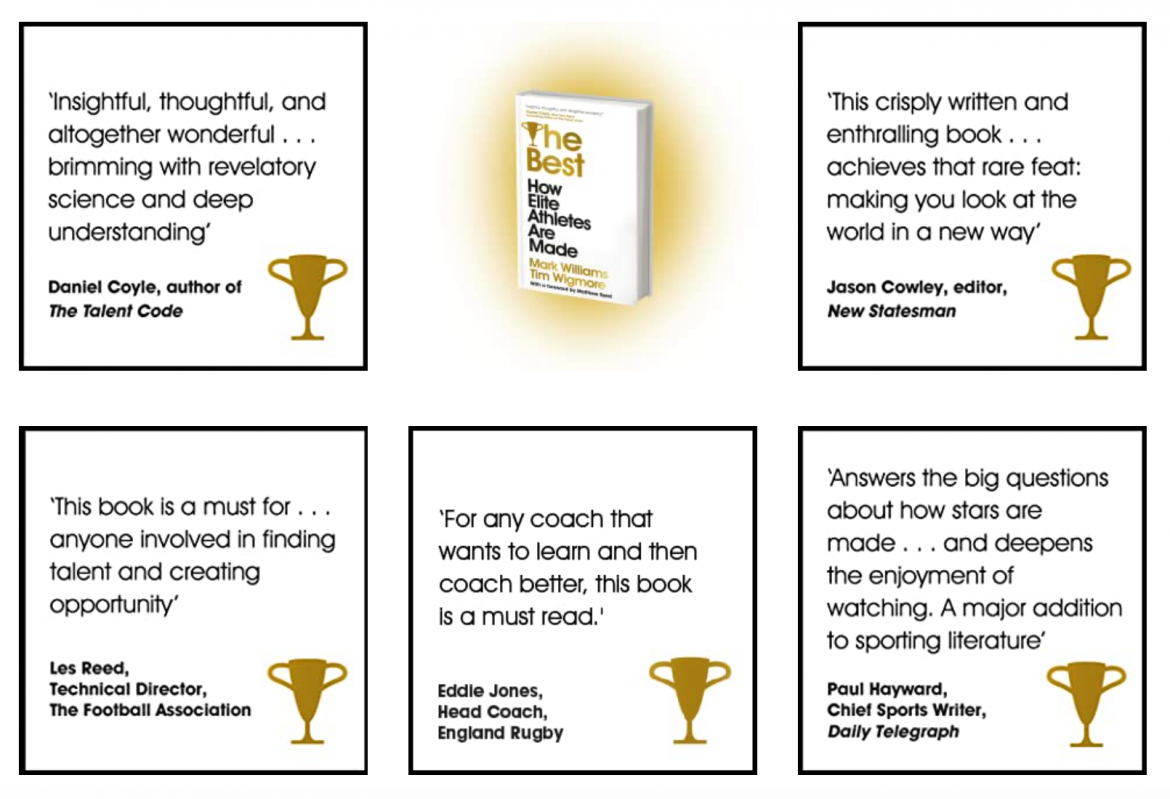 Parents of would-be future sports stars can be overwhelmed with advice, often contradictory. Taken from our new book ‘The Best: How Elite Athletes are Made’ here are five things that we have learnt from the research that we carried out.

When Venus and Serena Williams were growing up, Venus was believed to be the better player. But Richard Williams, the father of Venus and Serena, always said that Serena would ultimately be more successful on court. Venus has had a phenomenal career, too – but Richard was right.

What is true of the Williams sisters is true of sport in general: younger siblings tend to be better. A major study – covering males and females – found that, on average, elite athletes have 1.04 older siblings; non-elite athletes have 0.6 older siblings. Even when two siblings become professional, the younger ones thrive more: a study of Major League Baseball found that, in families that produced two MLB players, younger brothers generally outperformed older brothers.

The little sibling effect is rooted in how constantly playing with older children forces them to develop at a faster rate to keep up, accelerating their skill development. Younger siblings can’t outrun or outmuscle their older siblings, so they need to develop skills to keep up. The experience playing with their older siblings – who are generally bigger and stronger – also instils tenacity and competitiveness in little siblings.

“I’ve learned a lot from watching Venus,” Serena said in 1998. “Her results have encouraged me to work harder so that I can do well, too.”

These benefits can’t easily be mimicked – especially for only children, who statistically have less chance of becoming elite athletes. But being encouraged and allowed to play with older children can challenge children on the sports pitch in the same way as Serena was pushed by Venus. 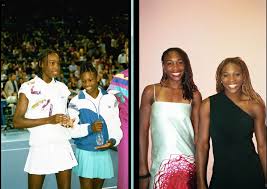 It’s not all about coaching – informal play is also crucial

For all the importance of youth coaching, there are limits to what players can learn from any one coach. They also need the magic of informal play.

A study of the Germany World Cup winning squad in 2014 showed that players had less formal training than non-international Germany players in their youth – but had done much more informal play with their friends. Similarly, the NBA found that pick-up games expose children to more variables and so create “smarter learners” used to adapting.

Studies comparing players who become professionals and near-elites find that the number of hours of training as children do not separate the best athletes from the rest. But what does separate elites from near-elites is the number of hours of informal play – which is better at developing creativity and new skills, performing under pressure and thinking for themselves. Sporting greatness is not only forged in youth matches; it is also forged when children mess around on the pitch with their friends.

By micro-managing their children’s lives, helicopter parents often prevent children from doing much informal play. Excessive parental pressure and expectations have been linked with higher anxiety, reduced self-esteem and self-confidence in young athletes, and even burnout and dropout.

A sports psychologist analysed what separated super champions – those with over 50 international caps or five or more world championship medals – from ‘almosts’, those who excelled at youth level but didn’t make it beyond the second division or win any medals as an adult.

The parents of ‘almosts’ were far more consumed by their child’s sporting careers – complaining to the coach about them not being picked or spoiling them with all the best equipment. The parents of super champions allowed the children to get on with things themselves. When discussing sport with the children, these parents focused on asking questions, rather than telling their children what to do.

“I see more helicopter parenting than I’ve ever seen,” Judy Murray, the mother of Andy and his older brother Jamie, told us in our book The Best. “But it doesn’t help you to produce fighters, competitors, warriors on the sports field if the parents are doing everything.” 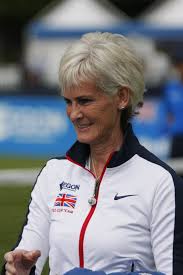 Children who are old for their year need extra help

In sport, those born early in the year have a significant advantage. Those who are old for the selection year have a far greater chance of being selected for youth teams, and more chance of making it to professional level too: the relative age effect.

But if they can become professional, later-borns enjoy significantly better career than early borns. In ice hockey, where the age cut-off for youth teams is by calendar year, players born in last three months of the year have careers one year longer than players born in the first three months, score more points and get paid more. Across sport,  the majority of those who win MVP awards are born in the last six months of the selection year. This is the underdog effect. Essentially, the system is so skewed in favour of early-borns that later-borns who can somehow cling on are best placed to reach the very top.

You can’t change your child’s birthday – but you can find ways of challenging them if they’re old for the year, by making them play with older children.

Future Women’s NBA MVP Elena Delle Donne was born on 5 September, putting her among the very oldest children for her year; she was unusually tall for her age, ultimately reaching 6 feet 5 inches. Rather than merely dominate players of the same age, Delle Donne had to be challenged to fulfil her potential.

Aged 11, Delle Donne played with 16-year-olds. “It made me so much better,” she told us. “When I played up and people were my same size and strength it challenged me to actually use skill to improve.”

Left-handers have a major advantage – but they can be made, not just born

From baseball to boxing, left-handers are significantly overrepresented at the pickle of most sports. The reason is simple: left-handers are comparatively rare, presenting new challenges to opponents. So being born a lefty gives children more tickets in the sporting lottery.

But in some sports you can get this advantage by switching to a left-handed stance even if you’re not a left-hander. In cricket, professionals are seven times more likely to be top-hand dominant when batting – so if you’re a right-hander, batting as if you’re left-handed, with your right hand higher. Doing so provides batters with greater control of the bat and – crucially – means they tend to receive worse deliveries. Alastair Cook, Eoin Morgan, Ben Stokes and Brian Lara have all followed this method. 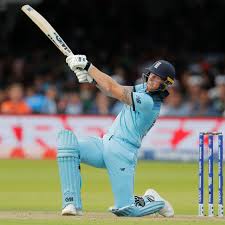 Encouraging children to bat top-hand dominant is, statistically, one of the biggest things that can increase their chances of becoming elite.

The book is a brilliant read for all sporting parents examining so many different sports, individuals and environments. It really gets to grips with so many key topics and is underpinned by all the latest science.

There is so much fantastic information and gives us plenty to ponder and reflect on. These are not the only ways that elite athletes can reach the top of their respective sports, but we hope the information can help parents with their thought processes when navigating some of the complexities and challenges of sports parenting and helping their children reach their full potential.  Whilst we acknowledge many will never be elite or even at the earliest stages even thinking about it, the flip side of the book gives us many pointers into the approach that we should be taking as well as some pointers towards the positive environments that we should be creating for young people. (Gordon MacLelland CEO)

To buy a copy of the book please click here.

Parents in Sport Podcast – ‘A conversation with Gavin Grenville-Wood’

At what stage does expectation exceed patience...

Why do you play kid?

How to make the most of coaching...

How to help children deal with failure?