Latest Blogs
Sport Northern Ireland Project
Planning and hosting great parents’ meetings
For the Good of the Game Podcast –...
Parents in Sport Podcast – ‘A conversation with...
Co-host of the ‘Parents in Sport Virtual Summit’
How can we help our athletes and parents...
The Sport Psych Show with Dan Abrahams
Parents in Sport Podcast – ‘A conversation with...
Athletic Evolution Podcast
‘The Best’ – How elite athletes are made
Home Blogs Home Alone – Reflections of a sporting parent
BlogsLevel of InvolvementParents perspectiveRelationship with Coach 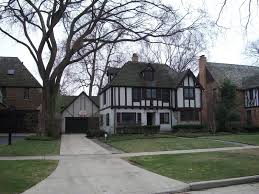 This past weekend saw one of the most testing times that I have had as a sporting parent to date for a wide variety of reasons.

Have I come out of the other side unscathed?  Of course, I have.

Will my child ever have any idea about how I was feeling?  Of course, he won’t.

However, I felt it was right to put pen to paper to highlight some of my thoughts over the last few days….

My son was invited to take part in an international football tournament, travelling abroad for 4 days.  Lucky boy you may say, but there was no parental involvement and we dropped our children off in England and put them into the care of their coaches as they prepared to fly into Europe.

Was I worried?  Of course.  His mum even more so for all of the reasons that you would expect any mum to be when letting their child go into the hands of others.

To put this story into perspective, my son is 9 years old and has never been away for that amount of time other than with grandparents and has certainly never travelled alone to another country.

Was I disappointed that we were unable to go and watch?  Of course, I was, I would have loved to have seen him in action against some of the top football clubs in Europe, but this was purely a selfish view point.

This was an amazing opportunity for him to develop some of those life and character skills that we talk so much about here at WWPIS.

As parents, we had to trust that we would be well looked after and hope that many of the things that we have tried to celebrate at home over the years and some of the values instilled in him would carry him in good stead for the duration of the trip.

What was I hoping that he would gain by allowing him to go?

He would have to make good decisions based around his behaviour and conduct, representing his football club and himself.

He would have to organise himself, ensuring that he had all of his correct kit at the right time, not always an easy skill as many of you will vouch for with a child of that age.

He would have to communicate well with other children and adults, solve problems if he had any by asking for help when it was required.

If the going got tough which it certainly did on the second day of the tournament that he would have to dig deep and show some resilience without the comforting arm of a parent.

I also hoped that we would just have the best time ever, experiencing another country and culture both on and off the field. 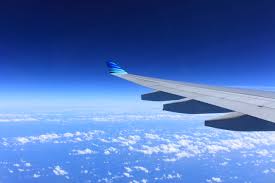 Did I need to worry?

No not at all, but this whole experience was made more manageable by the conduct and communication of the coaches who took the trip.  For any coaches reading this, the quality of communication from coaches to parents prior to the trip and during the course of the weekend was first class.

For those coaches who have heard us speak one of our big messages to coaches is to proactively communicate and ensure parents know what is happening.  A lot of parental angst is caused by the lack of the unknown.

A tour meeting was held prior to the trip to hand in passports, discuss the itinerary and give parents the opportunity to ask questions and voice any concerns (this included making sure the coaches knew that some of the children could not work the showers in the hotels).

On the trip, regular messages including pictures were sent from the staff to the parents including the bus journey, the airport, the hotel, the tournament itself and meal times via a WhatsApp group.

It was great to see from the pictures that our son and all of the boys were really enjoying themselves and it immediately put our minds at rest when it would have been very easy to spend the whole weekend worrying.  It actually turned it into a very pleasant experience, all thanks to some outstanding work from the coaches. Plenty of goodwill has been created by their attitude and approach.

We were informed as parents that the children would only be given their phones for one hour in the evenings to encourage them to properly buy into being a touring group abroad.  A great initiative at a time when many children can often miss out on many life experiences by having their heads buried in a device.

The key once again was that we knew this was the case and were not worried that our son had not been in touch.

The chat when he got home

When he returned home he was full of chat about everyone and everything.  We thought he would be shattered but he just wanted to talk and talk.

I asked him my usual question about what was the best bit?

It was greeted with a response about how beautiful the hotel was, how good the sausages were to eat (he was in Germany) and his experience of sharing a room with his friend who he has played with for the last five years.

He told tales about hair products and games played in the park after the close of play on Sunday.

I knew the results as I had followed them on the website over the course of the weekend but wanted to know more?

Tell me about the football I asked?

I was captain all day Saturday and I scored a late equaliser in the top corner to ensure that we were top of the group!  Captain of his hometown club, a rare goal for him and he may never have told me just like when he met Steven Gerrard and told me three months later on Christmas Day.

I was a super proud dad, not for the football part but for his humility, attitude and the fact that he had gone away and learnt a huge amount about himself and picked up some valuable life skills along the way!

My challenge to all of us as sporting parents is do we celebrate these life skills and character traits enough?

For some useful tips about your child travelling abroad including a packing list, visit our Members Area and click here.

How can you help motivate your children...

Poor behaviour from opposition parents – how...

Transactional or Transformational – What type of...

An open letter to coaches from parents

The fastest way to engage the players...