Latest Blogs
Sports Parents – A time to reflect
Help put your parents in the right place...
Parent–coach’s practices and strategies ‘in action’; challenges and...
Ulster Hockey Talent Development Parent Workshops
The ‘Relative Age Effect’ and its implications for...
Youth Sport Trust Partnership
Sports Parents – Best and Worst of 2019
Get Parents Onside with Soccer Coach Weekly
An autonomous style of sports parenting: The way...
Non-Selection or De-Selection – How do we deliver...
Home Blogs Bouncing back from sporting failure – How can you help your child?
BlogsFailureFeedbackGrowth Mindset

Bouncing back from sporting failure – How can you help your child? 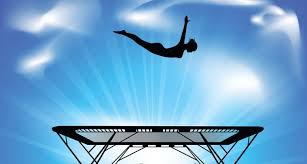 A race they were meant to win,  a match that did not go their way and disappointment that they were not selected for their school or club team.  A list of potential failures through the eye of a child, all with the potential to have a negative impact on their future sporting endeavours.

Children choose to play sport. (Hopefully, in most cases anyway). It’s a voluntary activity and as long as they are going to play sport, it means they will have to agree to certain conditions. One of those conditions is that, at various points throughout their time in sport, they are going to fail. It’s going to happen to your child, whether you want it to or not.

What can you do to assist them as a sporting parent?

First and foremost you need to ensure that your behaviours are focussed on all of the processes that make up the sporting experience as opposed to the outcomes achieved each week or in competition, and celebrate those processes with your child on a regular basis.

Success in sport isn’t necessarily accomplished with the battles won during competition. Success is accomplished away from it.  How does your child deal emotionally with sport and competition?  Do they cope when the going gets tough?  Do they compete when the stakes are raised and do they bounce back effectively the next time they play or do they suffer from a type of hangover from the previous experience?

Failure will come at some point. You need to help support your children to be mentally and emotionally equipped to deal with it. Here’s several ways you can do just that.

From a young age, children are essentially brainwashed and conditioned to fear losing and failure. Parents, coaches, teammates, friends convince them that failure is some kind of awful thing, creating environments where children are unable to express themselves, try new things and be creative.

The reality is that the most successful, happy, emotionally balanced athletes don’t fear failure. It’s not something that scares them.  They are merely playing the game, have it all in perspective and are having fun.

The types of question you ask them as a sporting parent post match and post training will help with this, what you value at home and your overall attitude towards your child’s sport can have a huge impact on helping to change this fearful mindset.

The biggest impact you can have as a parent in helping your child bounce back quickly from failure is not done after the failure has already happened. It is in being proactive before the failure even happens.

It comes from you and your child changing your overall mindset and outlook towards failure and not seeing it as some dreadful event to be afraid of. As a result, when failure does arrive you are able to move on and past it with relative ease.

There’s always the next race, the next match,  the next trial or even the next season. There’s always going to be the next opportunity and as a parent you need to be emphasising this to your child.

If you have created a positive sporting environment at home and one that does not define your child on their sporting prowess then both of you will be in a happy place regardless of any sporting success or failure.

This is so, so common. A young player will fail at something, and then almost immediately, they start the process of convincing themselves of some kind of false narrative. They weave a story in their mind along the lines of, “If I failed today, I’m probably going to fail tomorrow”, or numerous other kinds of negative plots they plant into their head.

There is no connection between the past and the present. Whatever results they achieved yesterday, will have no real impact on or have anything to do with what they are  capable of achieving today.

You can help your child by creating a blank canvas every time they play their sport.  Try not to bring up past mistakes or negative experiences.  New day, new start!  This can be easier said than done but it does create a far healthier environment.

To help your child bounce back quickly from failure, remind them that what happened today/yesterday is done, and what happens tomorrow is going to be dictated by what they do that day, not by what’s happened before. 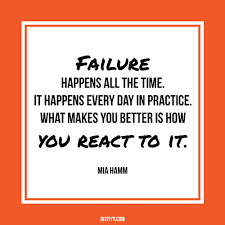 Are you able to use the experience of failure for your child and turn it into a positive learning opportunity?

This once again goes back to the importance of focussing on the processes and not the outcomes.  If your child is process driven, the outcomes will take care of themselves anyway.

The scientific research on self-criticism is clear and irrefutable. The more your child harshly criticises themselves, the more damage they will be doing to themselves, both physically, mentally, and in terms of their future success.

Research also shows that self-criticism has a negative impact on goal motivation and goal pursuit, NOT a positive impact.

Are you as a sporting parent, helping create an environment that fosters this?  Or do you fall into the trap of bringing up the negatives, criticising the failure and mistakes and not allowing your child athlete to move on?

In order for your child to bounce back quickly from failure, don’t criticise them too much or allow them to be too harsh on themselves. Encourage them, inspire them, and lift them up. Get them to do it for themselves as well.  It’s in moments of failure when treating them with compassion becomes the most important thing.

If you can help your child rid themselves of the fear of failure, prevent them from creating a false narrative in their mind, see failure as a great learning opportunity, and be compassionate towards them during these moments, you’ll have done a great job in allowing your child to be able to bounce back from failure effortlessly.

An amazing skill not just in sport but also in life.

Have you asked your child?

Is your praise having a positive or...

How do you deal with your child... 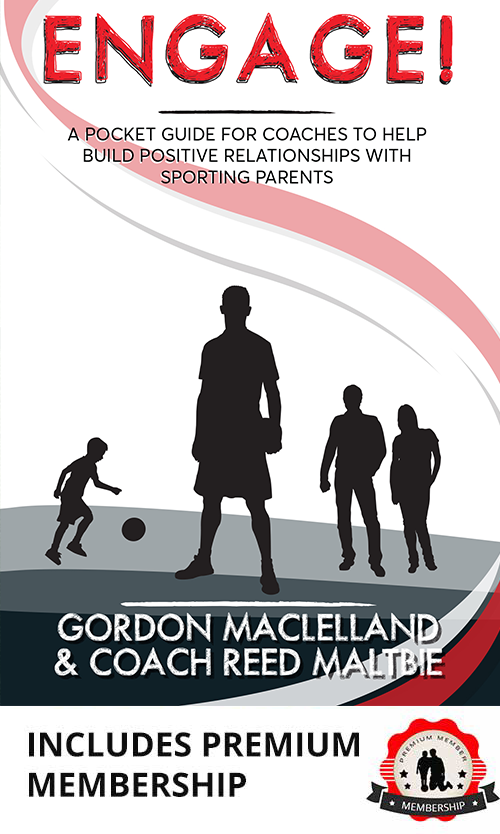