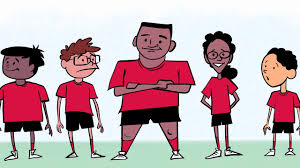 Children of the same chronological age can have a different biological age thus, their differences in physical qualities (e.g. strength and speed) can be huge. In some age groups there can be huge discrepancies and not handled correctly by coaches and parents it can have a negative impact on all parties concerned.

Bio-banding tries to create an environment where both early- and late-maturing children can thrive. By diversifying the learning environment through the creation of new and affordable challenges in the form of new settings (e.g. playing with younger/older peers), the process of bio-banding can, in theory, benefit both early- and late-maturing athletes.

This means the bigger child would not be able to dominate physically and would have to develop their technical and tactical skills, preparing them for the day when everyone catches them up.  It would also allow the smaller, late developer to demonstrate with more confidence their physical and technical attributes, rather than becoming disheartened by the process. 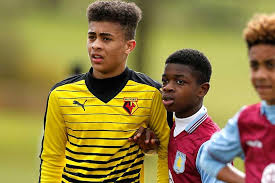 Although bio-banding places athletes into groups based on physical characteristics, it needs to take into consideration the psychological, social and technical skills of the athletes. Some children whilst being physically mature may lack the technical and social skills to be involved with older children.

Similarly, a late-maturing athlete who is already coping well within their age group is unlikely to benefit from competing against others who are younger, but of similar maturity status.

If your child is grouped using this process, ensure that both psychological and technical attributes are taken into consideration.

The whole process of bio-banding all sounds very positive and makes a lot of sense.  However, one of the major reasons that children play sport is to play with their friends and have fun.  Moving children out of their friendship group could potentially damage their enjoyment – the main reason they are playing in the first place.

Psychologically, the damage done to a child who has to play down a year group or even two could potentially do more harm than good so a lot of thought needs to go into any decision made that could affect your child.

This is why bio-banding is not as popular across as many sports as you would maybe expect.

Where possible, the first emphasis should be on coaches to create positive and challenging learning environments to suit all players within an age group, this is not always easy but is possible.

Used wisely, bio-banding can help to develop leadership, responsibility and decision-making. Overused or misused, it can stunt the development of the same attributes.

Judging a players future based on their size seems wrong, does it not? Perhaps players should be judged more on their character and personality, on their mindset, resilience and resolve more?

But then that may not win the games on the weekend, and that’s what seems to matter most?

Practical tips for developing your children beyond the game

Your child has lost confidence – what can you do as a parent?

How and when to praise children in...

What are you looking for in a...

Co-host of the ‘Parents in Sport Virtual...