Latest Blogs
Parents in Sport Podcast – ‘A conversation with...
Creating a Positive Parent Culture – Our hopes...
Your children will be watching you……. I promise!
‘The Parent Coach’ – managing the car journey...
‘The Parent Coach’ – different to being just...
Parents in Sport Podcast – ‘A conversation with...
British Gymnastics Symposium 2021
Launch of Football Academy Programme
10 things that require zero talent – are...
Are you patient with the process?
Home Blogs The fastest way to engage the players – and it starts with the parents!
BlogsParents perspectiveRelationship with Coach

The fastest way to engage the players – and it starts with the parents!

Thank you to Dan Cottrell for contributing this guest blog to the site. Dan has previously held coaching roles with the Young Ospreys Academy and was Assistant Coach on the Wales Women’s Team for the 2010 World Cup. He’s editor of Rugby Coach Weekly(www.rugbycoachweekly.net) which last year celebrated it’s 10th year of publication.

Parent-centred coaching is part of the child-centred approach

Child-centred learning puts the young player first when you are building your coaching plan. Include the key coaching element of the parent to make it work better.

Young players are receptive to child-centred approach to coaching if you can challenge them at the right pace. However, because there’s a lot of emphasis on them to give you feedback and respond to your questions and problem-solving, they need a strong team of people around them. Otherwise, they might see mistakes and non-linear progress as failure and lose confidence.

Parents are a central part of their child’s confidence. They need to be an integral part of the learning process, so why not make it parent-centred and player-centred.

Training times are normally set in stone. However, you might send out a reminder.

When the parents arrive at the session, ask one or two of them what response they got.

We all want our parents to ask good questions after the session. Why not get the players to ask a question to the parent?

Keep it simple and open-ended. For example: “Which bit of the game did you enjoy most?” or “What was my best bit?”

The players, though they probably don’t recognise it, need to be aware of how their parent can support them. The questions from the post-training support are one way.

You could also encourage the child and parent to develop a support system for each other. For example, you could have a list of situations and give them to the parent and child to fill in together.

Some examples could be: “What’s the best thing to say to me if we lost a game?” “What happens if one of my team mates says something I don’t like?” “How do you want me to react if I score a try? Is that the same as making a tackle?” “What is the most important thing for both of us when I’m playing for the team?” 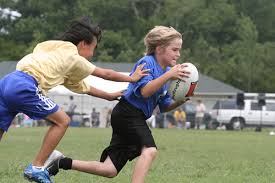 All National Governing Bodies have strong guidelines on how parents, coaches and players should enact their values. The danger that these are handed out at the start of a season, and rarely mentioned.

A parent-centred approach might put the onus on the parents to think about each value on a weekly rotation. Again, this might be put into a communication, or as a question asked by one of the players.

In essence: “What can our family do this week to live up to that value?”

Parent-centred means that the parents lead their own learning, just as much as the players do when you are training with them. Don’t expect to have every parent following your own path. You create the environment, you make the suggestions, you react to their thoughts.

However, they will create their own outcomes by their actions. Yet, if you can make it a joint responsibility, and by that I mean “family” and not between you and the child then it should be a more powerful and permanent outcome.

You should now see that by making your coaching child-led, you are inevitably coaching the parent in the same way. They will be on a learning journey too.

Whether you make that explicit or not is your call. Perhaps it’s time we made it clear that we are ALL in it together.

The fastest way to engage the players – and it starts with the parents! was last modified: November 26th, 2018 by Dan Cottrell
child centredcommunicationParent centered
1
Facebook Twitter Google + Pinterest

The fight for acknowledgement and recognition

Missed selection – How do you pick up the pieces as a sporting parent?

Sports Parents – How are you measuring...

Loris Karius – The one thing all...

Parents in Sport: Do you want to...

No excuse for the abuse: Don’t tolerate...

How is your child’s relationship with their...