Latest Blogs
Sporting books and films for coaches, parents and...
Parental Engagement – Having an effective communication strategy
Supporting our young people during the crisis –...
Supporting our young people during the crisis –...
Stuart Lancaster – A few thoughts on Sports...
Triathlon NSW Partnership
It’s a long road…..
Great Sports Parenting Workshop
Workshops with Bath Rugby and Basketball England
Why do you play kid?
Home Blogs How do you manage the dominant, early developer in sport to give them the best chance of long term success?
BlogsFuelling your child's egoLong term athletic developmentMaturation- Early v Late Developers

How do you manage the dominant, early developer in sport to give them the best chance of long term success? 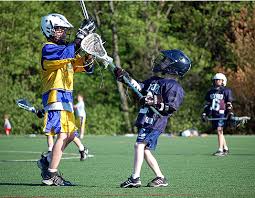 We have recently discussed at length here at WWPIS how to manage the smaller child, the child who is technically very good but struggles to have real success due to their physical capabilities at a young age.  However, what if your child is the dominant player who experiences huge amounts of success?

I hear you say, ‘how can that be a problem?’ as you celebrate yet another winning weekend and trophy won.

Well it might be if not managed in the correct way by coaches and parents.  It is all very well and good celebrating hat tricks of tries and goals every weekend and the child being the local hero often winning games single handedly whilst team mates and their parents stand and admire.

I am sure as a parent you would be incredibly proud of what you are watching and enjoying how much other parents congratulate you on the sideline for the achievements of your child. Totally understandable of course as that is human nature. BUT what is the long term impact of this?

At some point in the future other children will catch up physically, the sport will become more competitive, more players will join the system and the successes and high points whilst they still may be there will be a lot less than what was previously experienced.

As a parent and a coach we need to put all of this into perspective and always keep an eye on the long term athletic development and motivation of the child?

I have had first hand of experience of this with my own coaching this year.  I have had a boy in my rugby side who is far more physically developed than the rest at 13 years of age so much so that he single handedly could ruin an afternoon for everyone involved in the experience, both for his own team and the opposition.  As a coach it would have been really useful if he could have moved up a year and tested himself against older players.  However, the system that we operate in that was not possible so I had to be creative whilst keeping him motivated.

I laid out my stall at the start of term that I would be coaching him as though he was 3ft 3 and 3 stone, focussing on every correct decision that he made and his skill and technical development as a player.  I was not interested in how many tries he scored but needed him to be motivated to become a more technical and creative player, not relying on his physical force. Fortunately, with support from parents and buy in from the boy we have been able to achieve this and he has still been highly motivated at training.  Of course there was some frustration when I removed him during matches to be fair to all the other players on the pitch but it remained the right decision. 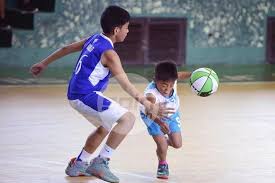 One of the issues in the real world is that coaches focussing on the results as the success criteria as opposed to the long term development of the athlete and the development of other team mates will not manage this accordingly and will see winning by double figures a reflection of how good their coaching is.  Coaches – I ask you to think about when you have such a player in your team?

For parents we have a number of tips below to help you in creating the best environment for your physically dominant child to help prepare them for the long term and give them the best chance of sporting success:

We also have a few things parents that you may want to try to avoid:

My final thought is this, it is human nature to enjoy short term successes and we all want to see our children do brilliantly well.  I know I do!  BUT armed with a bit more knowledge we ask you to think about how it all fits into the long term bigger picture.

How do you manage the dominant, early developer in sport to give them the best chance of long term success? was last modified: July 30th, 2018 by Gordon MacLelland
Big childDominating playerEarly developerLTAD
1
Facebook Twitter Google + Pinterest

How do you deal with your child being one of the weakest players?

The ins and outs of parent inclusion in soccer

Transactional or Transformational – What type of...

Character building v Winning – What is...