Mini adult? NO – Let your child be a child playing sport 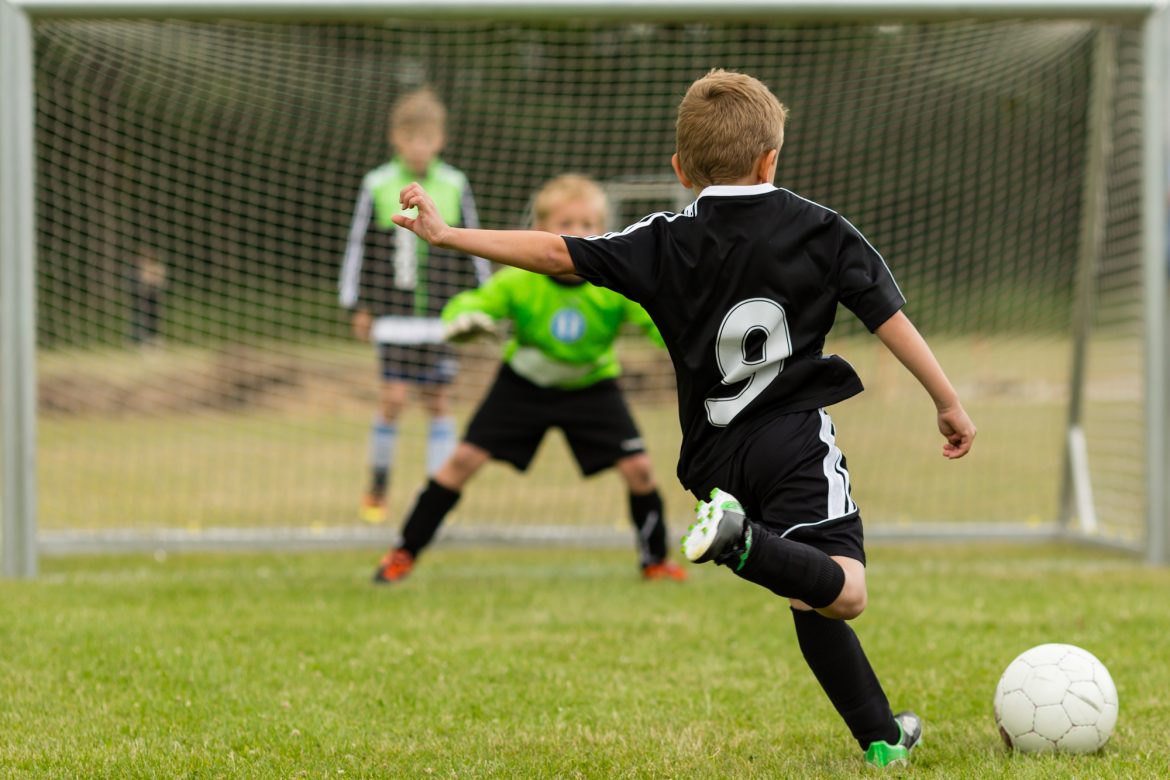 One of the big issues facing youth sport around the world at the moment is that parents like to see their children look and do something that they can recognise in themselves or on the television and when they do they see this as a major success criteria.

However, children are just children for a reason and they need to go through a whole different process to be successful.  At times their sport will appear chaotic, there will be times where you do not recognise the game as you know it and there will be many moments of calamity and clumsiness.

However, this is all good and it is important that as adults we recognise that this is vital in helping our young children grow and develop with their sport.

The following article by Richard Bailey who is one of the world’s leading authorities on the relationship between human development and sport backs up this message.  The full article can be found here:

So What Is Developmentally Appropriate Sport?

If, like me, you are a rather sad individual, with shoddy friends, and no life worthy of the name, you will spend many hours reading academic literature.  And if you happen to coach children, you might fill your lonely hours studying fields like psychology, pediatric exercise science and child development.  (You might also have an obsessive fondness for Apple Mac computers, describe your dress sense as ‘geek chic’, and be prepared to drop your children off at the local orphanage if they ever ask for a Jar Jar Binks doll.  But these things aren’t especially relevant here).

If, on the other hand, you live a normal, healthy existence, you might appreciate some help distilling the mass of research that might be relevant for your work.  So let me try to help.

The collective wisdom from decades of research into children and sport can be summarised in just three points: 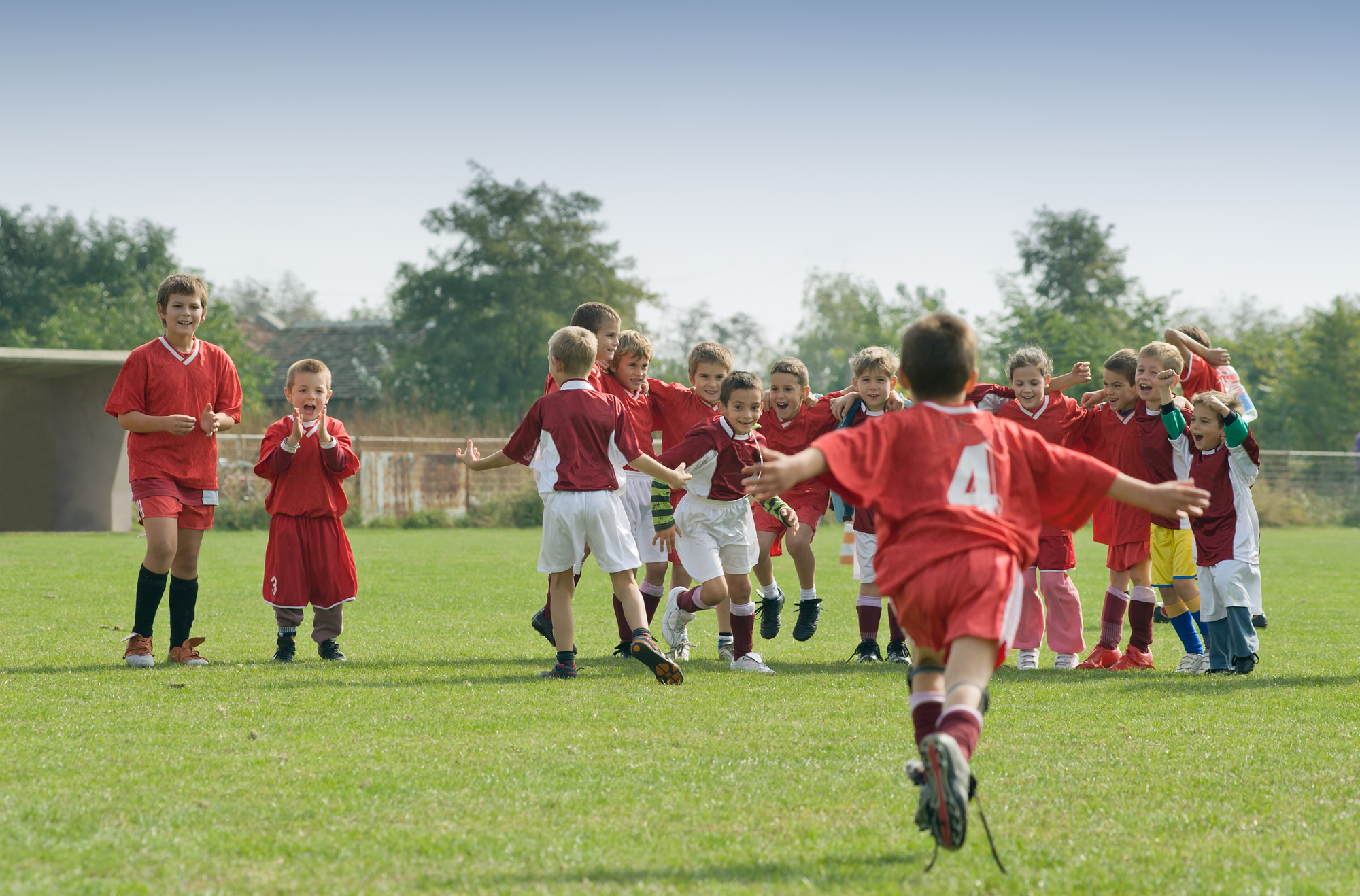 Point ‘1’ relates to the unarguable fact that children’s minds and bodies work differently from adults.  They process information, pay attention, move and exercise in distinctive ways.  Many of the sports scientific principles that underpin conceptions of good practice simply do not apply to children.  For example, we have been taught that benefits of exercise come from sustained activity above a certain threshold.  But the most cursory observation of young children’s physical activity reveals that it is stop-start, and of wildly varying levels of intensity.

Point ‘2’ refers to movement development.  With a few exceptions, adults engage in a small number of physical activities that require quite specialised motor skills.  These skills predominantly relate to games with names (golf, judo, netball, and so on).  Children are still laying down the foundations of their movement competence.  Much of the pre-adolescent phase is taken up with the development of fundamental movement skills – running, jumping, twisting turning, stopping, starting …  These skills are necessary for subsequent physical activity, are best developed in an atmosphere that could be characterised as ‘play’, and are intrinsically motivating (kids do them for them love the movements themselves).  Also, importantly, these basic movements are best developed through engagement in a wide range of activities that are adapted to reflect the distinctive needs of children.  In terms of early movement development, variety really is the spice of life.

Finally, Point ‘3’ reminds us that, whilst us adults play sport for lots of different reasons – weight loss, elite competition, socialising, reproduction – the vast majority of children play sport for only one reason – fun.

Developmentally appropriate coaching is an attempt to put into practice what we have learned about human development.  It recognises that, if we want children to enjoy sport and to continue to do it throughout their lives, we’d better acknowledge some of the basic facts of their development.

You might think that this is all rather obvious.  But if it is, I’m led to wonder why there is still so much inappropriate practice going on.  Maybe we would expect the odd rogue coach to stand in opposition to recognised good practice.  But this does not explain more structural things like:

The list could go on and on, but I hope these few make my point.  It seems to me that none of these practices can be described as developmentally appropriate.  They either assume that children’s and adults’ needs and interests are more or less the same.  Or that adults’ sporting ambitions ought to dictate children’s recreational actions.  The first assumption is factually wrong.  The second is heading towards being morally wrong.  This is a serious matter, especially for those who try to persuade politicians, policymakers, practitioners and parents that sport is a really good thing for children, and that every child needs to experience regularly. 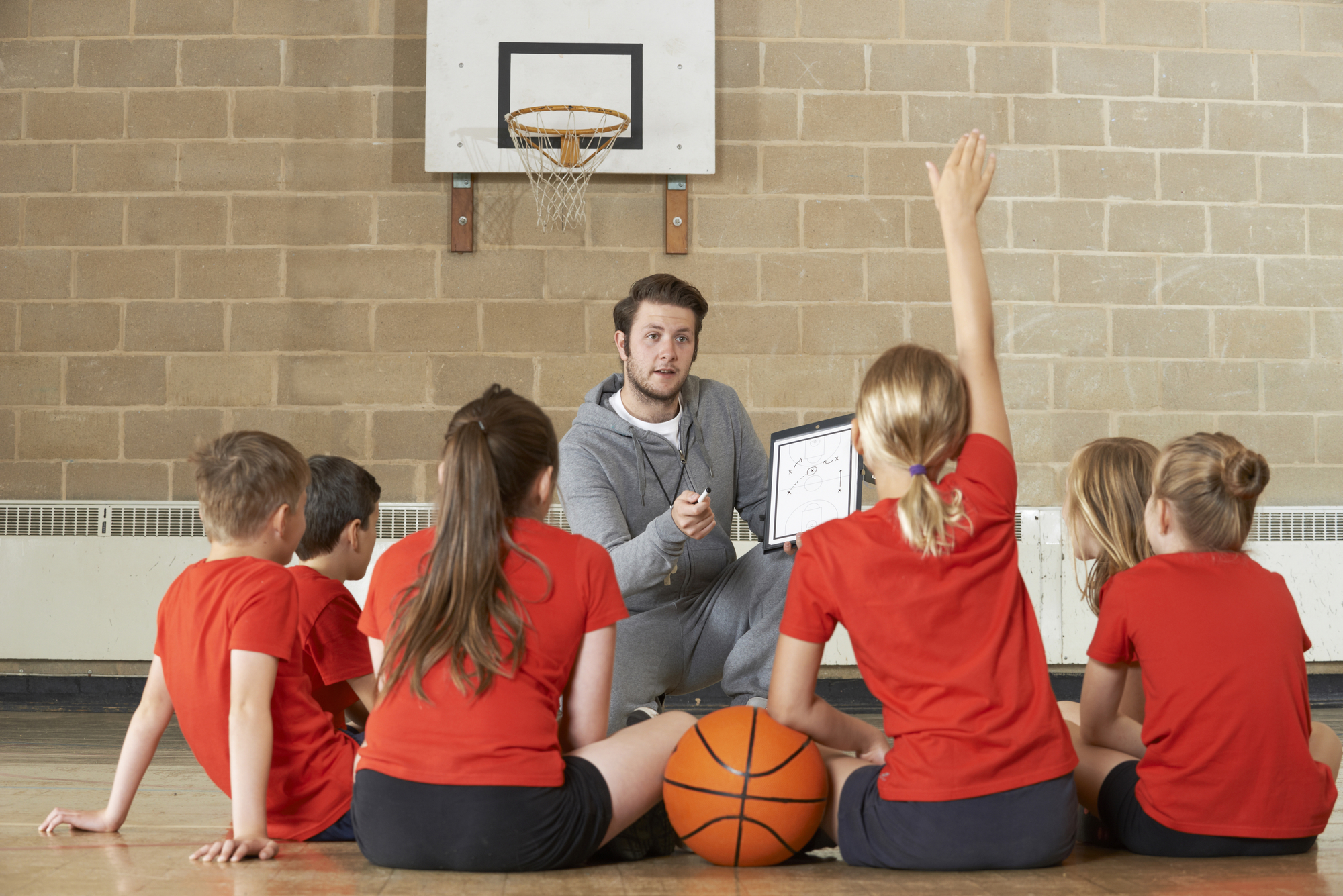 I’ve hinted at some of the principles that might inform developmentally appropriate sport.  Now, let me be more explicit about some of the building blocks.

1. Biology does not celebrate birthdays

There is a strong tendency in youth sport to rely on chronological age as the main criteria for grouping children, but this is an extremely poor measure.  At any given age, there will be children of the same chronological age who are up to 2 years older or younger in terms of development.  The easiest way to see what this means look at a group of half a dozen ten or eleven year old boys and girls together.  What will be obvious straight away is a stark variation in height.

2. Childhood can usefully be thought of in terms of stages of development

The child’s developing body and brain alternative between periods of rapid growth and stability.  This pattern has enormous significance for coaches, since learning complex skills can be tricky if the body is rapidly changing.

It is not difficult to imagine some of the implications of this pattern for effective sports practice.  I hope.

3. Performance is a poor indicator of ability

Many sports groups continue to believe that the identification of talent in children is a relatively simple matter.  They use essentially the same procedures used with adults, namely observing in practice and in competition, direct comparison with peers and occasionally some sort of sciency testing.  Those who perform best are the most talented, right?  Wrong!

It is almost impossible to make valid and reliable assessments of children’s sporting performance that can be translated in terms of talent.  The extent that this might seem a shocking statement is an indication of how over-zealous coaches have simply ignored a host of factors that undermine the whole childhood talent enterprise.  For example:

Here is a summaryof some of the social and economic factors linked to high performance in sport: 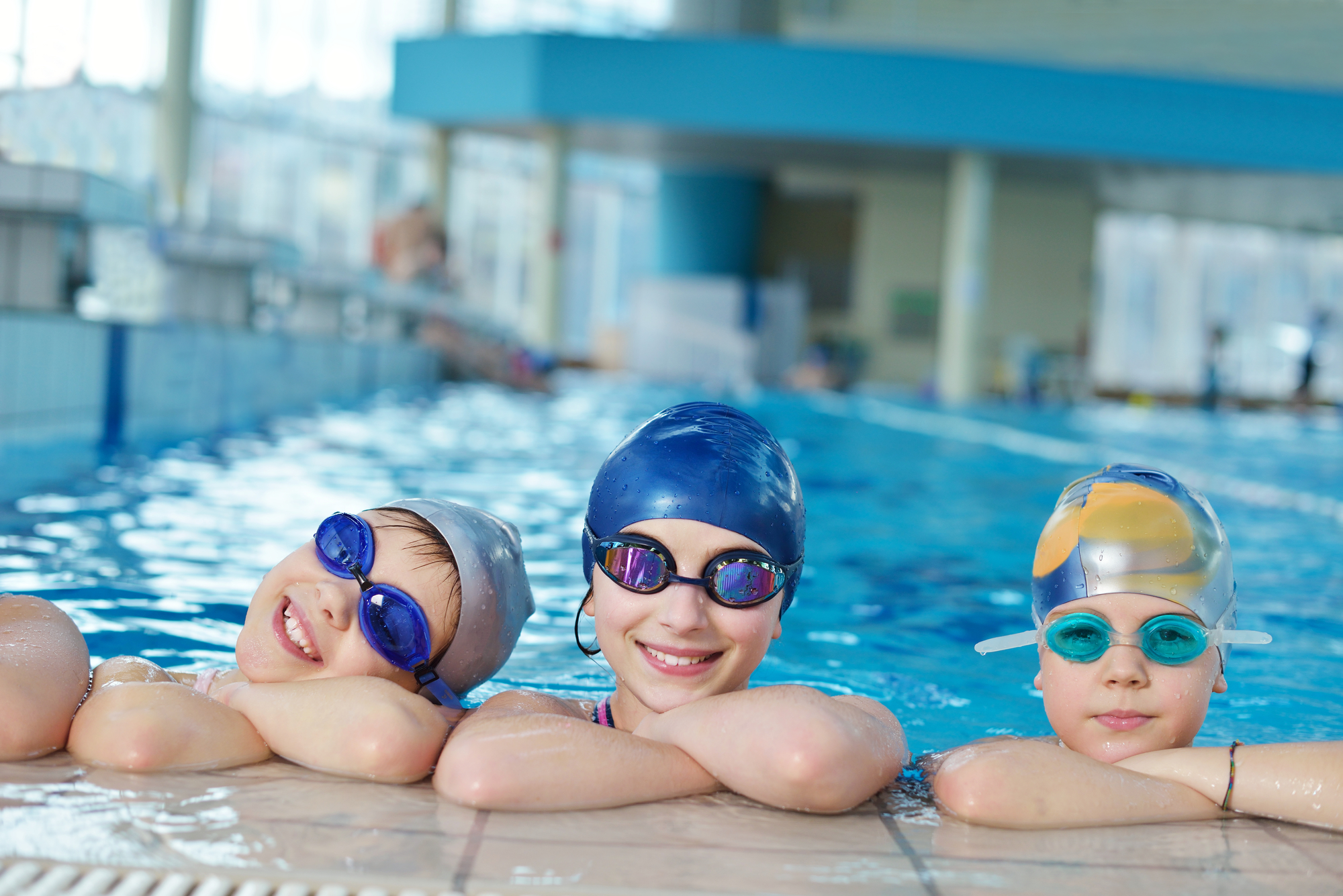 Countries vary in the details, but the basic pattern is the same (at least in the developed West): the most powerful benefit most from sport.  How else do we explain this startling phenomenon: half the UK’s gold medallists at the last Olympics were privately educated, even though that group made up just seven per cent of the population?  It takes nothing away from the extraordinary achievements of elite athletes to suggest that they have benefitted from a system that confuses opportunity with ability.

I am aware of the limits of space, so I should stop there.  There are plenty of other principles, and perhaps I will return to discuss them on another occasion.  Some are so blindingly obvious that is it truly staggering that people are still arguing against them: step forward small-sided games, adapted equipment, restriction on the frequency and form of competition, and an ever-present emphasis on fun.  But by way of conclusion, I will limit myself to some brief ideas, clustered according the phase model I suggested earlier.

Help Your Child Be Mentally Strong During Recovery From Injury

How to identify and prevent burnout in...

The Poolside Pass – Communicating effectively with...

How do you manage your child if...

Using sport and working in partnership to...

Children’s messages to parents on watching them...

Have you thought about the siblings?

Should I stay or should I go?