written by Gordon MacLelland 26th May 2017

Latest research is starting to show the negative impact on sporting performance from continued use of smartphones and devices.  According to the expert hired to improve the hand-eye coordination of England’s rugby team, there has been a significant decline across all sports in skill and visual awareness over the past six years – a period when staring at a screen has become increasingly normal for all ages.

The following article was taken from the guardian on Monday 23rd January 2017. The full article  is here, https://www.theguardian.com/sport/2017/jan/23/smartphones-england-rugby-sherylle-calder-six-nations?CMP=share_btn_fb

Dr Sherylle Calder, a South African vision specialist recruited by the head coach Eddie Jones, has worked in American football, golf and motor racing as well as rugby and, ahead of the Six Nations Championship this year, has already advised England’s players to spend less time on their mobiles if they wish to become the best in the world. 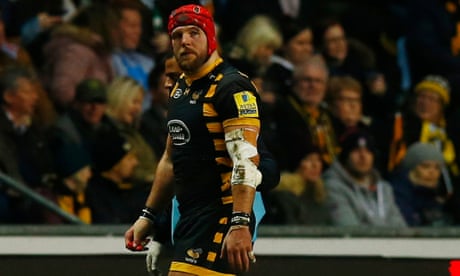 “We have seen in the last five or six years when we assess elite players in different sports that there is a decline in skill levels,” said Calder, who also worked with England’s 2003 World Cup‑winning squad. “In the modern world the ability of players to have good awareness is deteriorating. When you look at your phone there are no eye movements happening and everything is pretty static.

“We are losing the ability to communicate well and all those skills are declining. We will be working really hard on awareness because awareness helps you make effective decisions under pressure.”

England’s main shirt sponsor is O2, a telecommunications company, and this is not necessarily ideal news for the Rugby Football Union’s longtime commercial partner. Squad members will not be specifically ordered to ditch their handheld devices but their new mentor is adamant that less screen time will improve their games.

“We can’t stop them but we will teach them good behaviours,” said Calder, who was also involved in South Africa’s 2007 World Cup success. “We’ve got time until 2019, that is our aim.”

Until now accusations that today’s players seem less naturally skilful than their predecessors have been dismissed as the prejudices of “better in my day” types who fail to appreciate the sharply increased speed and physicality of the professional game. Calder, however, insists she also has scientific evidence to suggest modern life is rubbish for instinctive ball-players of all ages. “We develop skills by climbing trees, walking on walls and falling off and learning all those visual motor skills which people aren’t doing any more. Young kids spend a lot of time on mobile phones so those instinctive natural skills are disappearing.

“If you don’t see something, you can’t make a decision. So one of the skills we work on is being able to see, or pick up, something early. The earlier you see the more time you have to make a decision. That’s a trainable skill.”

“Different players improve at different levels but we make the good ones better as well. They all have their own strengths and weaknesses.”

Podcasts and workout music for lockdown and...

An open letter to coaches from parents

Your child does not want to play!...

A child’s final letter to his coach...

Parents Ruin Sports for Their Kids by...

How can you help develop resilience in...